I am a post-doctoral researcher based at the Swiss Ornithological Institute, where I am investigating the impacts of environmental change on the flows of aerial migratory species across the globe. For more information, please check out the GloBAM project's website. I also continue to work on a variety of other research projects; see below for a summary of my ongoing work.

1. Climate change ecology
One of my main  research areas is the impacts of  climate change on  species and ecosystems, which I started studying during my PhD at Durham University. I am interested in understanding the impacts of both long-term trends in climate and short-term variations in weather, in order to predict how species may respond in the future. My work has revealed that interactions  with other species can influence species' distributions more strongly than climate, and could constrain how species respond to future climate change (Mason et al. 2014a). My work has also shown that long-term trends in climate  can drive substantial declines in the body mass of wild animals (as much as 25% between 1980 and 2010), which could poses a threat to their ability to survive and reproduce in the future (Mason et al. 2014b). I am currently developing a climate-impact indicator for monitoring the impacts of climate change on the population size of wild species.

Papers
2. Conservation conflicts
I am interested in conflicts over biodiversity conservation, and in particular how understanding their underlying dynamics in socio-ecological processes (e.g., human-wildlife interactions) can help us to manage them more effectively. I got started with this research during a post-doc at  the University of Stirling, which was focused on conflict  caused by  growing populations of geese  grazing on farmland in Scotland. We found that  both habitat modification and climate change have contributed  to the growth and spread of goose populations, fueling this conflict (Mason et al. 2018a), and are currently  working on ways to account for these  uncertain and dynamic processes to inform the management  of these conflicts (manuscript in prep.). We have recently written an opinion piece highlighting the need to better account for the complexity of conservation conflicts to manage them more effectively (Mason et al. 2018b).

Papers
3. Movement ecology
I started working on movement ecology during a post-doc at Laval University in Canada, where I analysed woodland caribou GPS data to evaluate how animal movement decisions lead to patterns of spatial heterogeneity in habitat selection (Mason et al.  2017a). I am also interested in how the seasonal migrations of mountain ungulates such as chamois and ibex are influenced  by environmental change. Our recent work suggests that these species could be forced to use sparser higher-altitude areas due to the twin threats of  climate change and livestock  disturbance (Mason et al.  2017b; Mason et al. 2014a).

Papers
4. Life histories
I also have an interest in the drivers of variation in life histories, having explored inter-specific variation in the reproductive strategies of male Alpine chamois during my PhD. Making use of large datasets of hunting records from the Italian Alps, we  were able to infer reproductive effort from the rate at which males lost weight during the breeding season. We found that animals adapt their lifetime reproductive strategies to suit their  environments, with males in neighbouring but environmentally different areas adopting contrasting strategies (terminal investment vs. reproductive restraint) (Mason et al. 2011). We also found that reproductive strategies within breeding seasons varied among animals, with younger males breeding later in the season, when competition is less fierce (Mason et al. 2012).
​
Papers
Reviewing
I review papers for a variety of journals, including the Journal of Applied Ecology, Global Change Biology, Animal Behaviour, Nature Communications, Biology Letters, Ecography and PLoS ONE

​In the news
My research has been reported by a range of media, including: 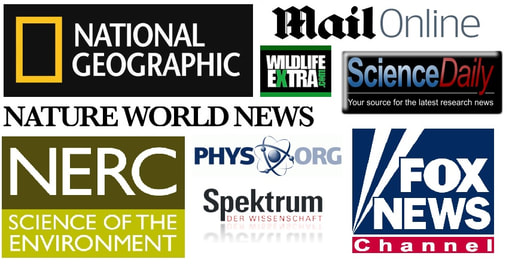